We have three bee hives that in the Summer house up to 300,000 honey bees. Every year we harvest our honey in August which we then distribute freely amongst people who work with us – commissioning editors and channel controllers also get royal jelly!

The bees in our hives have a story – they are a breed called Buckfast bees. These bees are a cross of many subspecies and their strains, created by a monk – Brother Adam who was in charge of beekeeping from 1919 at Buckfast Abbey in Devon in the United Kingdom. He was trying to create the best type of honey bee. Compared to many other breeds, Buckfast bees are more industrious, more thrifty; they are very gentle, easy to work with and are excellent honey producers – a bit like the people who work at Honey Bee TV!

The honey bee is the only insect that produces food eaten by man. Due to its low water content honey lasts an incredibly long time. An explorer who found a 2000 year old jar of honey in an Egyptian tomb said it tasted delicious! Honey is incredibly healthy and includes enzymes, vitamins, minerals. It’s the only food that contains “pinocembrin”, an antioxidant associated with improved brain functioning.

Honey Bee TV gives a percentage of its profits to the worldbeeproject.org

A growing number of pollinator species worldwide are being driven toward extinction by diverse pressures, many of them human-made, threatening hundreds of millions of livelihoods and hundreds of billions of dollars’ worth of food supplies. Bee and pollinator declines are caused by poorly managed human activity: intensive agriculture, destruction and fragmentation of natural flowering habitats, widespread use of pesticides, pollution caused by waste, the decline of practices based on indigenous knowledge, and changing climate patterns. 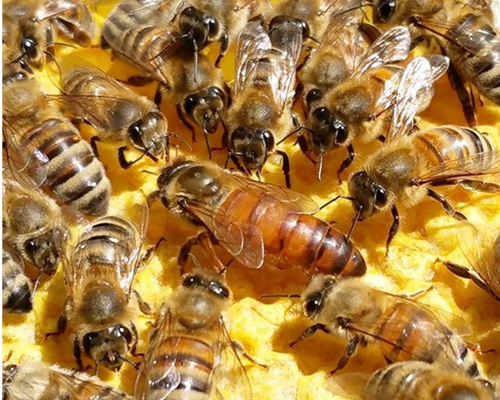 Buckfast bees . . . the Queen is in the middle. 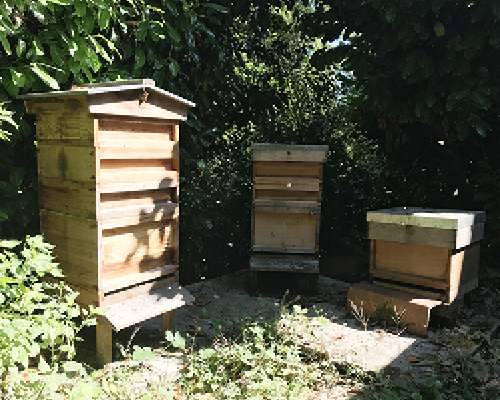